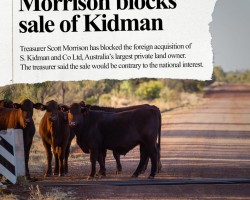 Treasurer Scott Morrison has blocked the foreign acquisition of S Kidman and Co Ltd, Australia’s largest private land owner. The treasurer said the sale would be contrary to the national interest. Given the size and significance of the total Kidman properties, along with the national security issues around access to the Woomera Prohibited Area, I […] 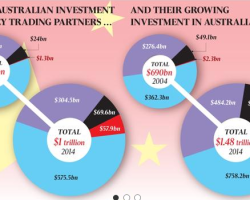 “The Celestial Empire saw itself as the world’s premier political entity: first in size and population, first in age and experience, untouchable in its cultural achievement and sense of moral, spiritual and intellectual superiority” — David Landes, The Wealth and Poverty of Nations. Sixteenth-century European explorers found a condescending, insular and delusional China, dismissive […] 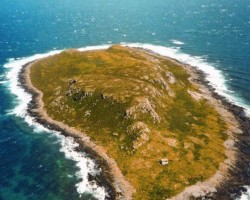 A Bass Strait island off Tasmania’s north-east coast has failed to sell at auction. Ninth Island, which is 11 kilometres from the coast, is about 1.3 kilometres wide and is home to penguins and mutton birds. It was passed in at auction in Melbourne after failing to reach the reserve price of $1.196 million. Bidding […] 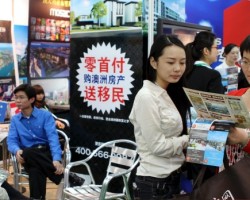 Australian wealth managers are scrambling to take advantage of new visa rules that would compel wealthy would-be migrants, mostly Chinese, to invest in capital-hungry small companies to qualify for residence, while continuing to bar them from direct property investment. While some migration experts are sceptical about the continuing appeal of the two-year-old Significant Investor Visa […] 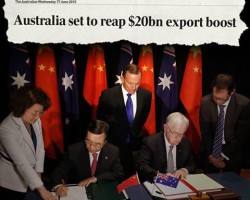 Today, Australia signed a landmark Free Trade Agreement with China, our largest trading partner, with total trade worth almost $160 billion in 2013-14, and a growing source of investment. The China-Australia Free Trade Agreement (ChAFTA) will lock in existing trade and provide the catalyst for future growth across a range of areas including goods, services […] 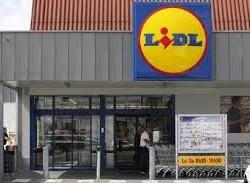 The supermarket wars will escalate when German powerhouse Lidl enters the Australian market, with the global discount chain applying for hundreds of trademarks covering thousands of supermarket products as a precursor to opening its doors here. It is believed that Lidl has also been in contact with logistics providers in recent weeks in an effort […] 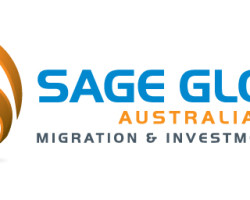 The European Union has confirmed its position as the leading investor in Australia. The Australian Bureau of Statistics released data on May 8 that revealed the total EU investment stocks had risen in Australia by 11 per cent to $A951.8 billion last calendar year. This equated to 34 per cent of total foreign investment in […]

16 April 2015 Migration by Investment for Australia 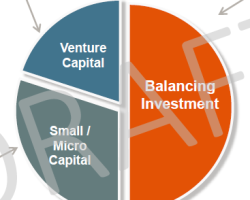 The suspension of the current Significant Investor stream of the Business Innovation and Investment (Provisional) visa (subclass 188) (SIV) program was announced last week by the Department of Immigration and Border Protection (DIBP). All new nominations for SIVs will be suspended between 24 April and 30 June 2015. Background On 9 April 2015, a statement […] 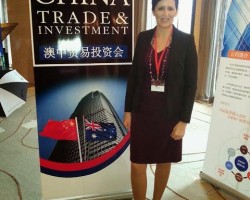 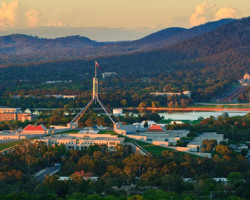 Over 3 billion AU dollars (2.34 billion U.S. dollars) has been invested in Australia through the Significant Investor Visa (SIV) program since the Coalition took power in 2013, Assistant Minister for Immigration and Border Protection Michaelia Cash announced Wednesday. The SIV scheme continues to grow rapidly with the average monthly applications lodged in 2014-15, already […]

Understand more about Who We Are »